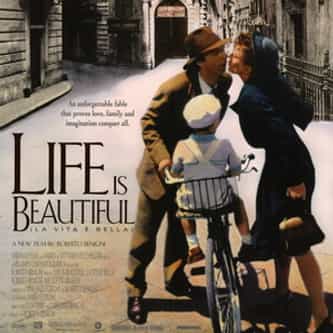 Life Is Beautiful is a 1997 Italian tragicomedy comedy-drama film directed by and starring Roberto Benigni. Benigni plays Guido Orefice, a Jewish Italian book shop owner, who must employ his fertile imagination to shield his son from the horrors of internment in a Nazi concentration camp. Part of the film came from Benigni's own family history; before Roberto's birth, his father had survived three years of internment at the Bergen-Belsen concentration camp. The film was a critical and ... more on Wikipedia

lists about Life Is Beautiful

Life Is Beautiful IS LISTED ON