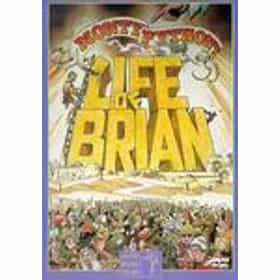 Monty Python's Life of Brian, also known as Life of Brian, is a 1979 British comedy film starring and written by the comedy group Monty Python, and directed by Jones. It tells the story of Brian Cohen, a young Jewish man who is born on the same day as, and next door to, Jesus Christ and is subsequently mistaken for the Messiah. Following the withdrawal of funding by EMI Films, longtime Monty Python fan and former Beatle George Harrison arranged the finance for Life of Brian, through the formation of his company HandMade Films. The film contains themes of religious satire that were controversial at the time of its release, drawing accusations of blasphemy and protests from some ... more on Wikipedia

Life of Brian is ranked on...

Life of Brian is also found on...