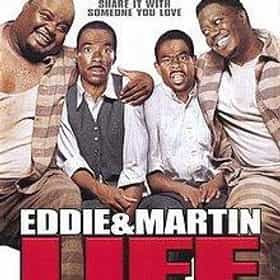 Life is a 1999 American comedy-drama film written by Robert Ramsey & Matthew Stone and directed by Ted Demme. The film stars Eddie Murphy and Martin Lawrence. The supporting cast includes Obba Babatundé, Bernie Mac, Anthony Anderson, Miguel A. Núñez Jr., Bokeem Woodbine, Guy Torry and Barry Shabaka Henley. The film's format is a story being told by an elderly inmate about two of his friends, who are both wrongly convicted and given a life sentence in prison. ... more on Wikipedia

Life is ranked on...

Life is also found on...