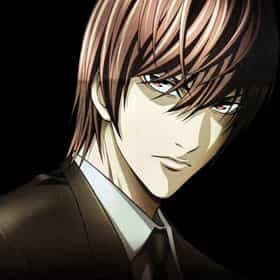 Light Yagami is a fictional character and the protagonist of the manga series Death Note, created by Tsugumi Ohba and Takeshi Obata. He is a bored young genius who finds the Death Note dropped by the Shinigami Ryuk by pure chance. Using the notebook, which allows its owner to kill anyone simply by knowing their name and face, Light becomes a mass-murderer known as Kira in an attempt to create and rule a world "cleansed of evil" as "the god of the new world". In the anime adaptation, he is voiced by Mamoru Miyano in Japanese, and by Brad Swaile in English; in the live-action film series, he is portrayed by Tatsuya Fujiwara. ... more on Wikipedia

Light Yagami is ranked on...

Light Yagami is also found on...