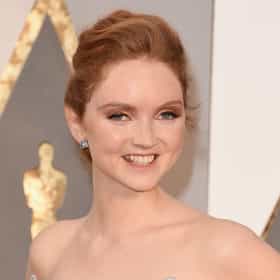 Lily Luahana Cole (born December 27, 1987) is an English model, actress and entrepreneur. Cole pursued a modelling career as a teenager and was listed in 2009 by Vogue Paris as one of the top 30 models of the 2000s. She was booked for her first British Vogue cover at age 16, named "Model of the Year" at the 2004 British Fashion Awards, and worked with many well-known brands, including Alexander McQueen, Chanel, Louis Vuitton, Jean Paul Gaultier and Moschino. Her advertising campaigns have included Longchamp, Anna Sui, Rimmel and Cacharel.Cole's first leading role as an actress was as Valentina in the 2009 film The Imaginarium of Doctor Parnassus. Her other film work includes ... more on Wikipedia

Lily Cole is ranked on...

#3 of 31 Famous Women Who Look Like Dolls 33.1k VOTES A list & photo gallery of famous women who look like dolls. Gigantic eyes, porcelain skin, and dainty pointy chin = doll...
#28 of 29 Beautiful Celebrity Women With Adorable Freckles 164k VOTES Here is a list of beautiful women with freckles, including actresses, models, and musicians. These ladies have that gir...
#28 of 30 Casting Call for Mary Jane Watson 8.2k VOTES Mary Jane Watson Parker: the ultimate girl next door, the redheaded supermodel dream girl. She's funny, spunky, and is alway...
#8 of 9 Hot Red Head Models 5.9k VOTES A list of hot, red head-models, with photos! Call them red-heads, carrot tops, gingers, or blue/blueys, people with red hair...
#317 of 326 Who Should Be in the 2013 Maxim Hot 100? 134.7k VOTES Maxim Magazine is accepting votes for their 2013 Hot 100 list, but before that's published the Ranker Community is going to ...
The Smartest Celebrities 807.9k VIEWS The smartest celebrities are those who have documented high IQs, multiple degrees from distinguished universities, and a h...
#14 of 20 Celebrities in Tom Ford Dresses 1k VOTES Known for revitalizing the Gucci brand in the late '90s/early aughts, American born Tom Ford is known as  fashion innov...

Lily Cole is also found on...