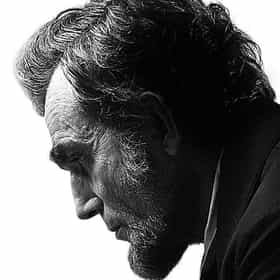 Lincoln is a 2012 American epic historical drama film directed by Steven Spielberg, starring Daniel Day-Lewis as United States President Abraham Lincoln and Sally Field as Mary Todd Lincoln. The screenplay by Tony Kushner was based in part on Doris Kearns Goodwin's biography Team of Rivals: The Political Genius of Abraham Lincoln, and covers the final four months of Lincoln's life, focusing on the President's efforts in January 1865 to have the Thirteenth Amendment to the United States Constitution passed by the United States House of Representatives. The film was produced by Spielberg and his frequent collaborator Kathleen Kennedy. Filming began October 17, 2011, and ended on December ... more on Wikipedia

Lincoln is ranked on...

Lincoln is also found on...