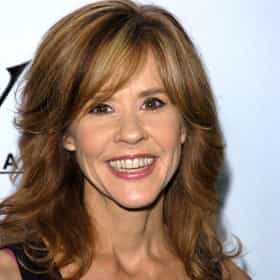 Linda Denise Blair (born January 22, 1959) is an American actress. Blair played the possessed child, Regan, in the film The Exorcist (1973), for which she was nominated for an Academy Award and won a Golden Globe. She reprised her role in Exorcist II: The Heretic (1977), for which she was nominated for a Saturn Award. Blair would go on to star in numerous controversial dramatic television films, such as Born Innocent (1974) and Sarah T. – Portrait of a Teenage Alcoholic (1975) before establishing herself as a sex symbol in the musical Roller Boogie in 1979. The 1980s saw Blair starring in numerous exploitation and horror films, such as the slasher film Hell Night (1981), the prison ... more on Wikipedia

Linda Blair is ranked on...

#151 of 770 American Public Figures Who Are National Treasures 227.3k VOTES America's national treasures work in different fields, are of different generations, and all have different stories to ...
#102 of 226 People who voted for Linda Blair... People over 50 are 2x more likely to vote for this also upvote Lord of the Rings Franchise on The Best Movies Based on Books The Greatest Former Child Stars 422.4k VOTES List of Hollywood kids: actors who grew up on the big screen and child stars you recognize working today. While there are ma...
#10 of 17 You'll Never Watch Horror Movies The Same Way After Seeing These Iconic Villains Without Makeup 76.3k VOTES Some famous horror actors are only known to the public by the face they wear on screen. Whether they're hiding behind a hock...
#23 of 47 The Best Actresses Who Won Razzies 12k VOTES The best actresses who won Razzies might surprise you. Several of the women on this list of Golden Raspberry Award winners a...
#6 of 14 Who's Your Favorite Late Night Horror Movie Host? 864 VOTES Late night horror hosts of your childhood likely served as one of your first guides into the world of horror. These hosts, w...
#14 of 50 People who voted for Linda Blair... People on the West Coast are 3x more likely to vote for this also upvote Indiana Jones Franchise on The Best Movies of All Time The Greatest Artists With Only One Masterpiece 6.2k VOTES The greatest artists with only one masterpiece include authors, actors and actresses, directors, painters and musicians. Eac...
Famous People Named Linda 22.8k VIEWS List of famous people named Linda, along with photos. How many celebrities named Linda can you think of? The famous Lindas b...
9 Horror Movie Kids Who Had A Blast Playing Creepy And Tormented Characters 48.4k VIEWS To what extent are child actors in horror movies exposed to the macabre material they're working with? As it turns out,...
28 Celebrities Who Adopted Pit Bulls 130.4k VIEWS List of Celebrities Who Own Pit Bulls, loostly ranked by fame and popularity. Pit Bulls are a breed of dog that tend to get ...
Famous Vegetarians and Vegans 19.9k VIEWS Vegetarian celebrities, famous vegans, vegan celebrities and famous people who are eating vegetarian. You'd be surprised who...

Linda Blair is also found on...