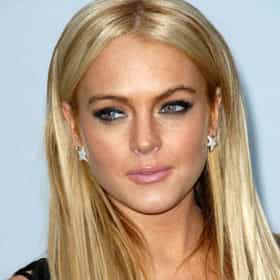 Lindsay Dee Lohan (; born July 2, 1986) is an American actress, singer-songwriter, businesswoman, fashion designer, and film producer. Born and raised in New York, Lohan was signed to Ford Models as a child. Having appeared as a regular on the television soap opera Another World at age 10, her breakthrough came in the Walt Disney Pictures film The Parent Trap (1998). The film's success led to appearances in a string of televised films for Disney Channel and the movie Freaky Friday (2003). Lohan's work won her childhood stardom, and the sleeper hit Mean Girls (2004) affirmed her status as a teen idol. After starring in Herbie: Fully Loaded (2005), she quickly became the subject of ... more on Wikipedia

Lindsay Lohan is ranked on...

Lindsay Lohan is also found on...