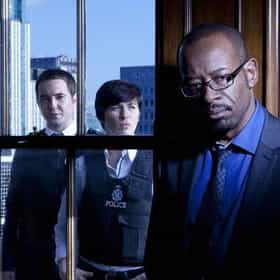 Line of Duty is a British police drama, created by Jed Mercurio, which aired on BBC Two 26 June 2012. The first series was BBC Two's best-performing drama series in 10 years, with a consolidated audience of 4.1 million viewers. The drama was recommissioned for a second series, and the first episode was broadcast on 12 February 2014. The second series achieved widespread public and critical acclaim, and, on 8 April 2014, the BBC commissioned two further series. In April 2014, Line of Duty was included in a list of the Top 50 BBC Two shows of all-time. The first series was aired on Hulu in the United States in August 2012 as an exclusive series. ... more on Wikipedia

Line of Duty is ranked on...

#665 of 779 The Best TV Shows to Binge Watch 1.2M VOTES Bored? Not anymore! These are the best TV shows for binge-watching. The greatest television shows in the world are ranked he...
#344 of 396 TV Shows That Only Smart People Appreciate 1.3M VOTES Since about the early 2000s, TV audiences have been blessed with what many experts call The Golden Age of Television. In oth...
#3 of 30 20+ Current British TV Shows You've Been Missing This Whole Time 8.1k VOTES If you're an Anglophile at heart, this list of under the radar British TV series is for you. Everyone's heard of shows like&...
#36 of 76 The Best Current Crime Drama Series 6.3k VOTES In to crime shows? Well, here are the best current crime drama TV shows of 2019, ranked by user votes. From some good c...
#114 of 132 The Best TV Crime Dramas 34.8k VOTES The very best crime fiction shows on television, ranked from best to worst. This is a list of the greatest crime fiction sho...
#6 of 183 The Best BBC Television TV Shows 7.4k VOTES List of popular BBC Television shows, ranked from best to worst. This list of the top current and cancelled BBC Television T...

Line of Duty is also found on...