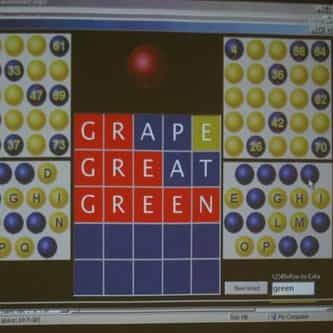 Lingo is an American television game show with multiple international adaptations. Three Lingo series have aired in the United States. The first was aired in daily syndication from September 28, 1987 until March 25, 1988. A revival/reboot of the series debuted on Game Show Network on August 5, 2002 and ran for a total of six seasons, ending in 2007. A slightly reworked version of the 2002 series debuted on GSN on June 6, 2011 and ended its run on August 1 of the same year. The show's ... more on Wikipedia

Lingo IS LISTED ON