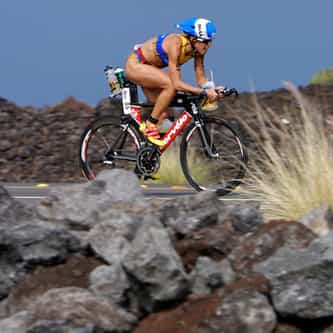 Lisa Bentley (born November 28, 1968) is a Canadian triathlete. She has been competing on the Ironman race series since late in the 1990s. In 1988, Bentley was diagnosed with cystic fibrosis. Despite this, she has won 11 Ironman competitions. In 2006, Bentley placed third at the Ironman World Championship, her best showing and finished second at the Ironman 70.3 World Championships in Clearwater, Florida three weeks later. ... more on Wikipedia

Lisa Bentley IS LISTED ON