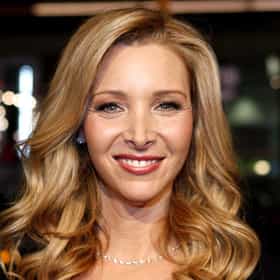 Lisa Valerie Kudrow (; born July 30, 1963) is an American actress, comedian, writer, and producer. After making guest appearances in several television sitcoms, including Cheers, she came to prominence with her recurring role of Ursula Buffay in Mad About You (1993-1999), receiving a Screen Actors Guild Award nomination. Kudrow gained worldwide recognition for portraying Phoebe Buffay, Ursula's twin sister, on the television sitcom Friends (1994–2004), for which she received several accolades, including a Primetime Emmy Award for Outstanding Supporting Actress in a Comedy Series from six nominations, two Screen Actors Guild Awards from 12 nominations, and a Golden Globe Award ... more on Wikipedia

Here's Why Phoebe Should Be Everyone's Favorite Friends Character 5.1k votes When it comes to picking the best Friends character, everyone has their favorite. But no one can deny that Phoebe was a ray ...
The Best Lisa Kudrow Movies 508 votes List of the best Lisa Kudrow movies, ranked best to worst with movie trailers when available. Lisa Kudrow's highest grossing...
Lisa Kudrow Loves and Hookups 3.9k views Who is Lisa Kudrow dating? Many famous men have dated Lisa Kudrow, and this list will give you more details about these luck...

Lisa Kudrow is ranked on...

Lisa Kudrow is also found on...