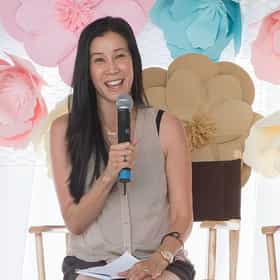 Lisa J. Ling (born August 30, 1973) is an American journalist, television presenter, and author. She is currently the host of This Is Life with Lisa Ling on CNN. She is the former host of Our America with Lisa Ling on OWN: The Oprah Winfrey Network, former co-host of ABC's The View (from 1999–2002), host of National Geographic Explorer, reporter on Channel One News, and special correspondent for The Oprah Winfrey Show and CNN. She was the host of reality television show The Job. Ling is the older sister of journalist Laura Ling. ... more on Wikipedia

Lisa Ling is ranked on...

#220 of 276 The Most Trustworthy Celebrities in the World 772.7k VOTES Trust: the belief that someone or something is reliable, good, honest, effective, etc. When it comes to celebrities, do any ...
#27 of 56 The Best Female Talk Show Hosts on TV 1.2k VOTES Though the field is expanding, most of the best female talk show hosts are the faces we see and the voices we hear on mornin...
#22 of 45 The Most Trustworthy Newscasters on TV Today 43.6k VOTES Who are the most trustworthy anchors and news personalities today? We all know the names Walter Cronkite, Edward R. Murrow, ...
Famous People Named Lisa 28.3k VIEWS If your name is Lisa, then you're in some great company. Here's our list of the most famous people named Lisa, including pho...
Celebrities Who Are Runners 96.1k VIEWS List of celebrities who run, loosely ranked by fame and popularity. Staying in shape is very important for many famous actor...
Celebrities Who Had Lasik 110.4k VIEWS List of Celebrities Who Had Lasik, loosely ranked by fame and popularity. Lasik is a type of surgery which uses lasers to re...
11 Celebrities Who Ran the Boston Marathon 17.2k VIEWS List of celebrities who ran the Boston Marathon, loosely ranked by fame and popularity. The Boston Marathon features a 26.2 ...
Celebrity Pregnancies 2012 46.1k VIEWS Celebrity Pregnancies of 2012 feature the top stars from television, film and music all who share one thing in common, they ...

Lisa Ling is also found on...