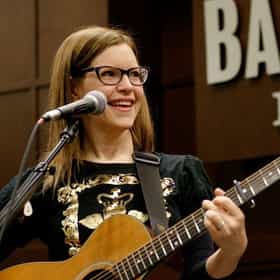 Lisa Anne Loeb (; born March 11, 1968) is an American singer-songwriter, producer, touring artist, actress, author, and philanthropist who started her career with the platinum-selling number 1 hit song, "Stay (I Missed You)" from the film Reality Bites, the first number 1 single for an artist without a recording contract. Her studio albums include two back-to-back albums that were certified Gold; these were Tails and the Grammy-nominated Firecracker.Loeb's film, television and voice-over work includes a guest starring role in the season finale of Gossip Girl, and she starred in two other television series, Dweezil & Lisa, a weekly culinary adventure for the Food Network ... more on Wikipedia

Lisa Loeb is ranked on...

Lisa Loeb is also found on...