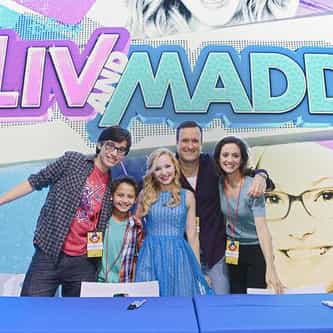 Liv and Maddie is an American teen sitcom created by John Beck and Ron Hart and produced by It's a Laugh Productions for Disney Channel. The series stars Dove Cameron as two identical twins with entirely different personalities. Liv is a girly girl who was an actress in Hollywood for four years. She was offered more roles in television but went home instead. Maddie is a tomboy with an affinity for sports. Joey is their younger brother while Parker is the youngest of the Rooney children. ... more on Wikipedia

Liv and Maddie IS LISTED ON