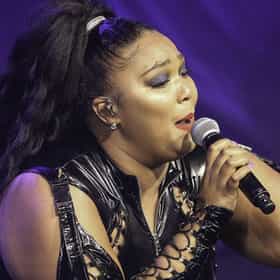 Melissa Jefferson (born April 27, 1988), better known by her stage name Lizzo, is an American alternative hip hop artist based in Minneapolis, Minnesota. She is a founding member of indie hip hop groups The Chalice, Grrrl Prty, The Clerb, Ellypseas, and Absynthe. Her debut album, Lizzobangers, was released in 2013. Two years later, Lizzobangers was followed by Big Grrrl Small World in 2015, which, only one year later, was followed with the 2016 major-label EP Coconut Oil. ... more on Wikipedia

Lizzo is ranked on...