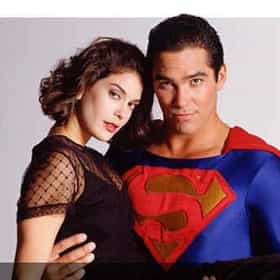 Lois & Clark: The New Adventures of Superman is a live-action American television series based on the characters in Superman and Action comics. Lois & Clark starred Dean Cain as Superman/Clark Kent and Teri Hatcher as Lois Lane, and aired on ABC from September 12, 1993 to June 14, 1997. Developed for television by Deborah Joy LeVine, the series loosely follows the philosophy of then-Superman writer John Byrne: Clark Kent is the true personality and Superman a disguise. As the show's title suggests, it focuses as much on the relationship between Clark Kent and Lois Lane as the adventures of Clark's alter-ego. The series spawned several short tie-in books aimed at young adults ... more on Wikipedia

Lois & Clark: The New Adventures of Superman is ranked on...