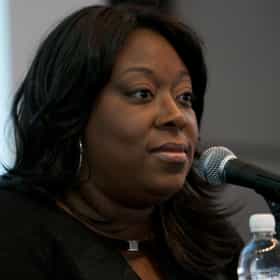 Loni Love (born July 12, 1971) is an American comedian, television host, actress and author. While working as an electrical engineer in the early 2000s, she switched to music engineering, until later launching a career in stand-up comedy. She was the runner-up on Star Search 2003 and was named among the "Top 10 Comics to Watch" in both Variety and Comedy Central in 2009. Currently, Love is one of the hosts of the syndicated daytime talk show, The Real, alongside Jeannie Mai, Tamera Mowry-Housley, and Adrienne Houghton, which premiered on July 15, 2013. ... more on Wikipedia

Loni Love is ranked on...

#186 of 294 People who voted for Loni Love... also upvote Superman Franchise on The Best Superhero Movies Ever Made also upvote Malcolm in the Middle on The Best TV Shows of The Last 20 Years The Funniest Female Comedians of All Time 255.7k VOTES The funniest female comedians star on our favorite sitcoms, perform standup at the top comedy clubs and best of all, make us...
#8 of 20 The Best Female Stand Up Comedians of the 2000s 693 VOTES Some of the best 2000s stand up comedians might include men like Louis C.K. or Dane Cook, it is also women like Tig Notaro...
#7 of 16 The Best Worst Cooks In America Winners, Ranked 1k VOTES Which Worst Cooks In America winner made the most improvement? The show's recruits go through a culinary boot camp, learning...
#41 of 52 The Funniest Black Comedians of All Time 26k VOTES This list contains information about the best black comedians, loosely ranked by user votes. The best black comedians come i...
25+ Comedians Who Were on Star Search 44.4k VIEWS Long before there was American Idol, The X Factor, or America's Got Talent, there was Star Search, hosted by Ed McMahon. Som...

Loni Love is also found on...