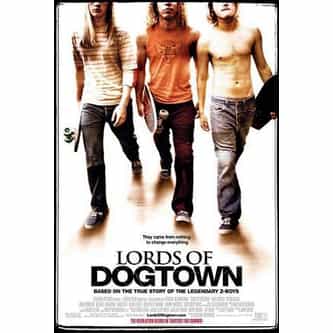 Lords of Dogtown is a 2005 American biographical drama film directed by Catherine Hardwicke and written by Stacy Peralta. The film is based on the "Z-Boys", a revolutionary group of young and talented skateboarders from the Venice Beach area of California. The film focuses on three of the Z-Boys: Stacy Peralta, Tony Alva, and Jay Adams. ... more on Wikipedia

Lords of Dogtown IS LISTED ON