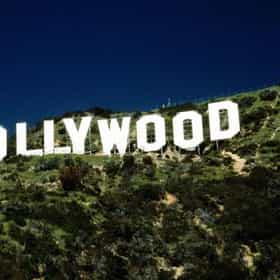 Los Angeles, officially the City of Los Angeles, often known by its initials L.A., is a major city in California's Southern California region, approximately 342 miles south of San Francisco. With a population of 3,792,621 as of 2010, Los Angeles is the second-largest city in the United States, after New York City, and the most populous city in California. Los Angeles is known for its mediterranean climate, ethnic diversity, celebrity culture, traffic, and the film and television industry. Historically home to the Chumash and Tongva, Los Angeles was claimed by Juan Rodríguez Cabrillo for Spain in 1542 along with the rest of what would become Alta California. The city was ... more on Wikipedia

Los Angeles is ranked on...

Los Angeles is also found on...

Cleanest Cities in the US List of Diners Drive-ins and Dives Locations by City The Top 10 US Cities With High Homelessness Rates Forbes' Traveller List: 30 Most Visited Cities in US Bad Road Rage: U.S. Cities With The Worst Road Rage US Cities With Skate Parks & Skate Spots US Cities with the Worst Highway Bottlenecks in America The World's Most Densely Populated Places