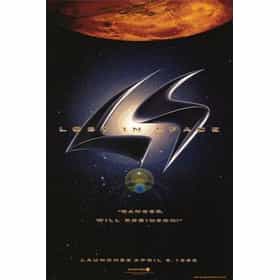 Lost in Space is a 1998 American science fiction adventure film directed by Stephen Hopkins and starring Matt LeBlanc, Gary Oldman and William Hurt. The film was shot in London and Shepperton, and produced by New Line Cinema. The plot is adapted from the 1965–1968 CBS television series Lost in Space. The film focuses on the Robinson family, who undertake a voyage to a nearby star system to begin large-scale emigration from a soon-to-be uninhabitable Earth, but are thrown off course by a saboteur and must try to find their way home. Several of the actors from the original TV series had cameos in the film. ... more on Wikipedia

Lost in Space is ranked on...

Lost in Space is also found on...