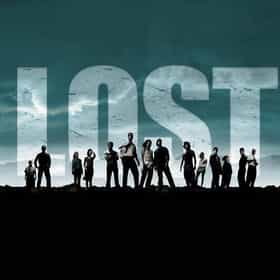 Lost is an American television drama series that originally aired on the American Broadcasting Company from September 22, 2004, to May 23, 2010, over six seasons, comprising a total of 121 episodes. Lost is a drama series containing elements of science fiction and the supernatural. It follows the survivors of a commercial passenger jet, flying between Sydney and Los Angeles, on a mysterious tropical island somewhere in the South Pacific Ocean. The story is told in a heavily serialized manner. Episodes typically feature a primary storyline set on the island, augmented by flashback or flashforward sequences which provide additional insight into the involved characters. ... more on Wikipedia

Game of Thrones
The Best LOST Characters 76.4k votes The best characters on Lost, one of the most popular sci-fi series of all time. The premiere of Lost - one of the all-time g...
The Most Important Episodes Of 'Lost' 232 votes Lost premiered back in 2004, basically kick-starting the Golden Age of Television. Over the course of six seasons and 121 ep...
Turbulent Stories From The Production Of ABC’s ‘Lost’ 7.4k views Like the plane crash that kicked off the series and the relationships between the characters that defined it, Lost was incre...
25 Incredible Tattoos Inspired by Lost 1.7k votes Ever met someone who loves ABC's Lost so much that they decide to get a Lost tattoo? Sometimes a TV show has the ability to ...
The Best Lost Episodes of All Time 6.4k votes List of the best Lost episodes, as voted on by other fans of the series. Fans will also enjoy these cool tattoos inspired by...
What to Watch If You Love Lost 652 votes If you’ve just finished binge watching Lost, you’re probably wondering about other shows like Lost. What’s next? While nothi...
The Best Seasons of 'Lost' 2.8k votes Here is the list of the best seasons of Lost, listed from best to worst with pictures of DVD covers. Hardcore fans of the...
Here's How Much The Cast Of 'Lost' Aged Throughout The Series 4.4k views When Lost first premiered in 2004, everyone wondered just what would happen to this group of plane crash survivors who were ...
The Best Desmond Episodes of 'Lost' 49 votes There was a magical moment in Lost, somewhere between the breakout first season and all the nonsense that flowed after it, w...

Lost is ranked on...

Lost is also found on...