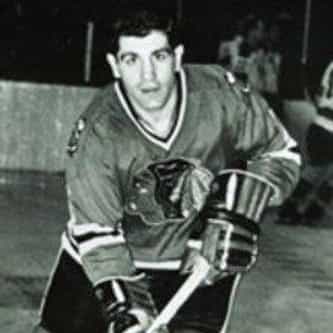 Louis Frederick Angotti (born January 16, 1938) is a Canadian former professional ice hockey player and coach. Angotti grew up in Toronto and played his junior hockey for the Toronto St. Michael's Majors. He then enrolled in Michigan Tech University where he earned an engineering degree while skating on powerful college clubs. He appeared in two NCAA championship games, losing the 1960 game while winning in 1962. He was MVP of both tournaments and was All-WCHA First Team for 1961–62. [1] ... more on Wikipedia

Lou Angotti IS LISTED ON