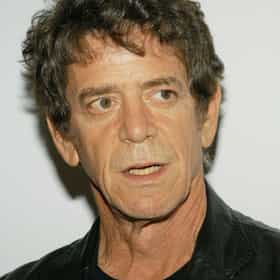 Lewis Allan Reed (March 2, 1942 – October 27, 2013) was an American musician, singer, songwriter and poet. He was the lead guitarist, singer and principal songwriter for the rock band the Velvet Underground and had a solo career that spanned five decades. The Velvet Underground was not a commercial success during its existence, but are now regarded as one of the most influential bands in the history of underground and alternative rock music. After leaving the band in 1970, Reed released twenty solo studio albums. His second, Transformer (1972), was produced by David Bowie and arranged by Mick Ronson, and brought mainstream recognition. After Transformer, the less commercial Berlin ... more on Wikipedia

Wild Stories About The Insane Life Of Music Pioneer Lou Reed 3.5k views On October 27, 2013, Lou Reed passed away. Reed had an accomplished career, which makes it difficult to sum up his life - a ...
The Best Lou Reed Albums of All Time 1.9k votes Lou Reed is one of the best rock singers of all time and was in one of the greatest rock bands ever. After the Velvet Underg...

Lou Reed is ranked on...

Lou Reed is also found on...