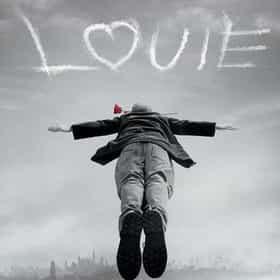 Louie is an American comedy-drama television series on the FX network that began airing in 2010. It is written, directed, edited, and produced by the show's creator, stand-up comedian Louis C.K.. He also stars in the show as a fictionalized version of himself, a comedian and newly divorced father raising his two daughters in New York City. The show has a loose format atypical for television comedy series, consisting of largely unconnected storylines and segments that revolve around Louie's life, punctuated by live stand-up performances. The show has been met with critical acclaim and was included in various critics' 2010s top-ten lists of TV shows. C.K. has received several Primetime ... more on Wikipedia

Ranking the Best Seasons of 'Louie' 3 votes This list features the best seasons of Louie, listed from best to worst with pictures of season posters when available. Fans...

Louie is ranked on...