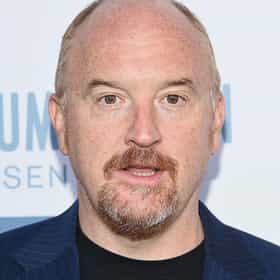 Louis Székely () (born September 12, 1967), better known by his stage name Louis C.K. (), is an American stand-up comedian, writer, actor, and filmmaker. In 2012, C.K. won a Peabody Award and has received six Primetime Emmy Awards, as well as numerous awards for The Chris Rock Show, Louie, and his stand-up specials Live at the Beacon Theater (2011) and Oh My God (2013). He has won the Grammy Award for Best Comedy Album twice. Rolling Stone ranked C.K.'s stand-up special Shameless number three on their "Divine Comedy: 25 Best Stand-Up Specials and Movies of All Time" list and ranked him fourth on its 2017 list of the 50 best stand-up comics of all time.C.K. began his ... more on Wikipedia

These Comedians Have Some Harsh Words For Louis C.K. In Response To His Sexual Misconduct 16.1k views Louis C.K.'s admitted behavior has stunned the world, and the once-towering comedy giant may very well be facing the end of ...