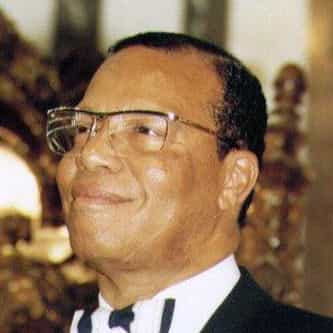 Films Acted In
Malcolm X: A Search for Identity

Louis Farrakhan Sr. (; born Louis Eugene Walcott; May 11, 1933), formerly known as Louis X, is an American minister who is the leader of the religious group Nation of Islam (NOI), which the Southern Poverty Law Center describes as a black nationalist group. Previously, he served as the minister of mosques in Boston and Harlem and had been appointed National Representative of the Nation of Islam by former NOI leader Elijah Muhammad. After Warith Deen Muhammad reorganized the original NOI ... more on Wikipedia

Louis Farrakhan IS LISTED ON