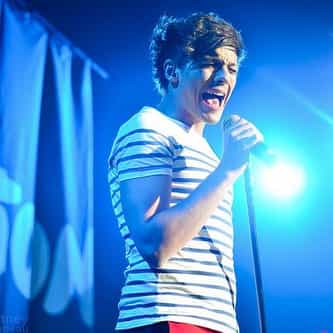 Louis William Tomlinson (24 December 1991) is an English singer, songwriter and television personality. He rose to fame as a member of the boy band One Direction after beginning his career as an actor, appearing as an extra in ITV drama film If I Had You and the BBC drama Waterloo Road. In 2010, he auditioned as a solo contestant on the British music competition series The X Factor. He was eliminated as a solo performer before he was put into a group with four other contestants, forming ... more on Wikipedia

Louis Tomlinson IS LISTED ON