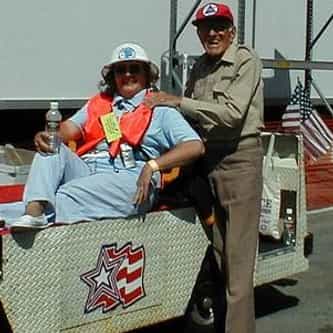 Louis Silvie Zamperini (January 26, 1917 – July 2, 2014) was an American World War II veteran, a Christian evangelist and an Olympic distance runner, best known for being a Japanese prisoner of war survivor. Zamperini took up running in high school and qualified for the US in the 5,000 m race for the 1936 Berlin Olympics. In 1941, he was commissioned into the United States Army Air Forces as a lieutenant. He served as a bombardier in B-24 Liberators in the Pacific. On a search and rescue ... more on Wikipedia

Louis Zamperini IS LISTED ON