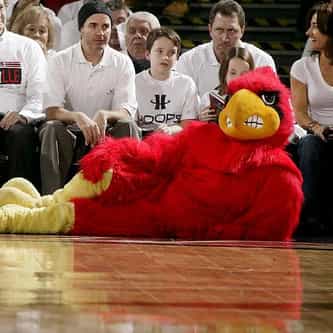 The Louisville Cardinals (also known as the Cards) teams play in the Atlantic Coast Conference, beginning in the 2014 season. While playing in the Big East Conference from 2005 through 2013, the Cardinals captured 17 regular season Big East titles and 33 Big East Tournament titles totaling 50 Big East Championships across all sports. With their 2013 Sugar Bowl appearance against the Florida Gators, the Cardinals football team became the only football team in the Commonwealth of Kentucky to ... more on Wikipedia

Louisville Cardinals IS LISTED ON

#17 of 28
3.3k VOTES College Football Mascots Who Should Be Punched In The Face