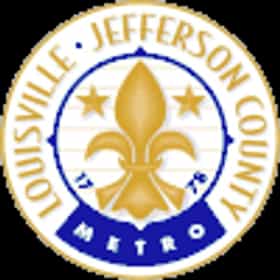 Louisville is the largest city in the Commonwealth of Kentucky and the 28th most populous city in the United States. It is one of two cities in Kentucky designated as first-class, with the other being the state's second-largest city of Lexington. Louisville is the historical seat and, since 2003, the nominal seat of Jefferson County. Louisville was founded in 1778 by George Rogers Clark and is named after King Louis XVI of France, making Louisville one of the oldest cities west of the Appalachian Mountains. Sited beside the Falls of the Ohio, the only major obstruction to river traffic between the upper Ohio River and the Gulf of Mexico, the settlement first grew as a portage site. It ... more on Wikipedia

Louisville is ranked on...

#206 of 287 The Best U.S. Cities for Vacations 34.5k VOTES Vacationing in cities may not be as restful as spending a week or two out by the lake, and it may not always be the best opt...
#54 of 72 The Best Cities for a Bachelor Party 7.3k VOTES This list is about the best cities for a bachelor party, ranked by guys who have partied there. What are the top destination...
#18 of 96 The Best Southern Cities To Live In 19.5k VOTES The South has some of the coolest cities and towns to live in in the entire country. Whether it's a bustling metropolis or a...
#33 of 116 The Most Underrated Cities in America 59.2k VOTES When you think of the coolest American cities, you probably imagine places like Los Angeles and New York. But there is so mu...
#174 of 226 The Worst Cities in America to Live in or Visit 86.2k VOTES The worst US cities to live in or visit, ranked by hundreds of voters who have had the misfortune to actually go to these pl...
#10 of 98 People who voted for Louisville... People in the Midwest are 2x more likely to vote for this Cities That Should Have a Baseball Team 38.9k VOTES Cities that should have a baseball team include the large metropolitan areas in the United States and Canada that are curren...
#8 of 49 People who voted for Louisville... also upvote James Bond Franchise on Every James Bond Movie, Ranked Best to Worst also upvote Paul Pierce on The Top NBA Players Of All Time Cities That Should Have a Basketball Team 74.4k VOTES Does your city deserve a professional NBA team? Here is a list of cities that should have a professional basketball team, bu...
#30 of 49 The Best Skylines in the United States 40.2k VOTES The United States has some of the coolest cities in the world, and awesome cities bring forth awesome skylines. Whether you ...
#26 of 65 The Best American Cities for Artists 7.4k VOTES This list of the best cities for artists will help you find an artists' colony to call your own. Art culture is a rare aspec...
#17 of 58 The Best Cities for Singles 3.9k VOTES List of the best cities for single men and women. Many cities are designed for the slower paced lives of families with 2.5 k...
#28 of 42 The Best Cities for a Bachelorette Party 2k VOTES List of top cities for a bachelorette party. What are the best cities to throw a bachelorette party? Whether it's getting wi...

Louisville is also found on...