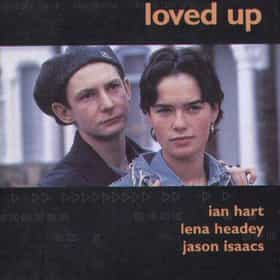 Loved Up is a BBC drama, first shown on 23 September 1995 in the BBC 2 Love Bites series. The film was directed by Peter Cattaneo, who would go on to direct the feature films The Full Monty and Lucky Break. Starring Lena Headey, Ian Hart and Jason Isaacs, it includes an early appearance by Danny Dyer, who subsequently starred in the 1999 film, Human Traffic, which explored similar themes of clubbing and drug culture. The drama is notable for being the first collaboration between BBC Drama Screen Two and Scene with series Assoc. Producer Andy Rowley. Loved Up won a BAFTA award as Best Children's Drama in 1996 ... more on Wikipedia

Loved Up is ranked on...

Loved Up is also found on...

Romance Movies and Films List of All Movies Released in 1995