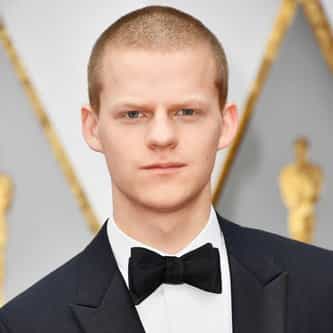 Lucas Hedges (born December 12, 1996) is an American actor. Born to the writer-director Peter Hedges, he studied theater at the University of North Carolina School of the Arts. Hedges began his acting career by playing supporting roles in Wes Anderson's comedy-drama Moonrise Kingdom (2012) and the crime biopic Kill the Messenger (2014). He made his breakthrough in 2016 by playing a sardonic teenage orphan in Kenneth Lonergan's drama Manchester by the Sea, which earned him a nomination for ... more on Wikipedia

Lucas Hedges IS LISTED ON