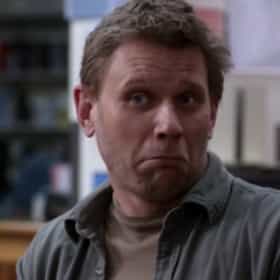 Lucifer is an archangel on The CW series Supernatural. The first fallen angel, he is introduced as a recurring character in the fifth season of the series. From his prison in hell, he orchestrated events not only seen in seasons one through four, but decades prior, to eventually lead to his release by breaking the 66 seals. In the episode "Sin City", he was described as the 'father' and god of the demons, the one who gave them their form and purpose. Azazel reinforced this by referring to him as "My Father" while possessing a priest before slaughtering a convent of nuns. However, in "Abandon All Hope...", Crowley remarks that Lucifer views demons with ... more on Wikipedia

Lucifer is ranked on...

#19 of 342 The Best TV Villains Of All Time 170k VOTES The best TV villains of all time rank among some of the greatest TV characters of all time as well as some of the creepiest ...
#6 of 40 People who voted for Lucifer... also upvote Crowley on The Best TV Villains of All Time also upvote Sam Winchester on The Most Hardcore Current TV Characters The Best Supernatural Characters 46.8k VOTES Supernatural long ago turned into one of the best shows on the CW thanks to its taut story lines and the superb acting of th...
#22 of 62 The Best Male Characters on TV Right Now 39.1k VOTES Some of the greatest characters in this new golden age of TV are male right now, and their characters span centuries, cultur...
#38 of 123 The Creepiest Characters in TV History 83.3k VOTES The creepiest characters on television mess with our heads, leave us wondering and stick in our heads for a long time after ...