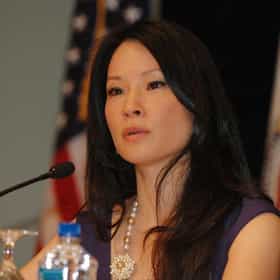 Lucy Liu (born December 2, 1968) is an American actress, voice actress, director, and artist who is known for playing the role of the vicious and ill-mannered Ling Woo in the television series Ally McBeal (1998–2002), the assertive assassin O-Ren Ishii in Kill Bill, and Joan Watson in the crime-drama series Elementary (2012–2019). Throughout her career, she has received two Screen Actors Guild Awards and has won the Seoul International Drama Award for Best Actress. She has been nominated for a Primetime Emmy Award for Outstanding Supporting Actress in a Comedy Series, and has received nominations for three People's Choice Awards and two Saturn Awards. Liu's film work includes starring ... more on Wikipedia

Lucy Liu is ranked on...

Lucy Liu is also found on...