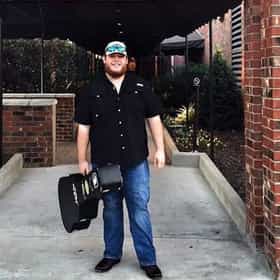 Luke Albert Combs (born March 2, 1990) is an American country music singer and songwriter. Combs signed a deal with Sony Music Nashville, and the debut single from This One's For You, "Hurricane" was re-released on Columbia Nashville. "Hurricane," reached No. 1 on the Country Radio airplay charts on May 15, 2017 - holding that spot for 2 weeks. The album reached No. 1 on the Billboard Country Albums Chart and No. 5 on the Billboard Top 200 Albums in its first week. The album's second single, "When It Rains It Pours" released to country radio on June 19, 2017. ... more on Wikipedia

Luke Combs is ranked on...