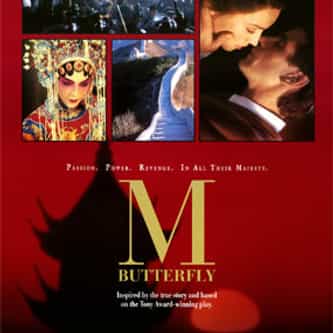 M. Butterfly is a 1993 romantic drama film directed by David Cronenberg. The screenplay was written by David Henry Hwang based on his play of the same name. The film stars Jeremy Irons and John Lone, with Ian Richardson, Barbara Sukowa, and Annabel Leventon. ... more on Wikipedia

M. Butterfly IS LISTED ON