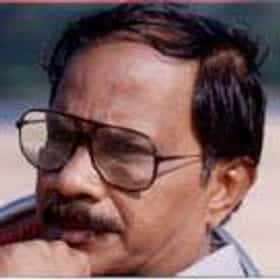 Madath Thekkepaattu Vasudevan Nair (born 9 August 1933), popularly known as MT, is an Indian author, screenplay writer and film director. He is a prolific and versatile writer in modern Malayalam literature, and is one of the masters of post-Independence Indian literature. He was born in Kudallur, a small village in the present day Pattambi Taluk, Palakkad district (Palghat), which was under the Malabar District in the Madras Presidency of the British Raj. He shot into fame at the age of 20 when, as a chemistry undergraduate, he won the prize for the best short story in Malayalam at World Short Story Competition conducted by The New York Herald Tribune. His debut novel Naalukettu ... more on Wikipedia