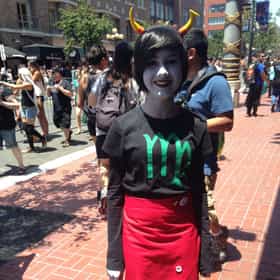 M is a fictional character in Ian Fleming's James Bond book and film series; the character is the Head of the Secret Intelligence Service—also known as MI6. Fleming based the character on a number of people he knew who commanded sections of British intelligence. M has appeared in the novels by Fleming and seven continuation authors, as well as appearing in twenty-four films. In the Eon Productions series of films, M has been portrayed by four actors: Bernard Lee, Robert Brown, Judi Dench and Ralph Fiennes, the incumbent; in the two independent productions, M was played by John Huston, David Niven and Edward Fox. ... more on Wikipedia

#315 of 3,792 The Best Movie Characters of All Time 1M VOTES List of the best movie characters of all time, ranked by film buffs and people like you. This list includes performances by ...
#2 of 17 Iconic Female Roles That Were Originally Meant To Be Played By Men 10.6k VOTES Let’s look at women's movie roles intended for men. Somewhere along the way in the development process, filmmakers have swit...
#14 of 86 The Greatest Fictional Bosses 8.6k VOTES A list of the greatest fictional bosses. Do you wish your boss was more like one you saw last night on TV? Looking for an ol...
#6 of 26 The Greatest Old Lady Characters in Film 621 VOTES Ageism is a long-standing issue in Hollywood. Luckily, that hasn't stopped actresses from bringing some memorable old ladies...
#5 of 48 The Greatest Characters with No Name 5.6k VOTES What are the greatest characters with no names? This list includes great, unforgettable characters as "The Narrato...