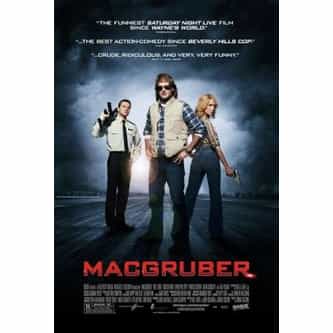 MacGruber is a 2010 American action comedy film based on the Saturday Night Live sketch of the same name, itself a parody of action-adventure television series MacGyver. Jorma Taccone of the comedy trio The Lonely Island directed the film, which stars Will Forte in the title role; Kristen Wiig as his love interest/partner, Vicki St. Elmo; Ryan Phillippe as Dixon Piper, a young lieutenant who becomes part of MacGruber's team; Maya Rudolph as MacGruber's wife, Casey; and Val Kilmer as the ... more on Wikipedia

MacGruber IS LISTED ON