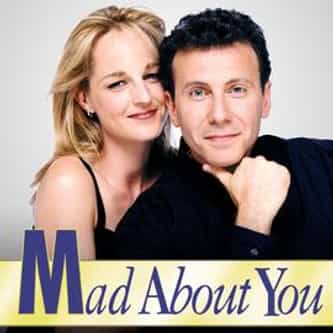 Mad About You is an American sitcom that aired on NBC from September 23, 1992, to May 24, 1999. The show starred Paul Reiser and Helen Hunt as a newly married couple in New York City. ... more on Wikipedia

Mad About You IS LISTED ON