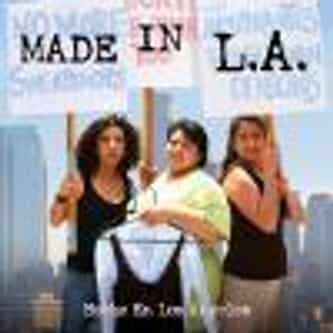 Next Episode
The Camden 28

Made in L.A. is a 2007 documentary film that tells the story of three Latina immigrants as they wage a battle against their employer, a Los Angeles garment factory. After years of domestic abuse and meager salaries, Lupe Hernandez, Maura Colorado, and María Pineda join together in their struggle for self-empowerment and negotiated working conditions. Made in L.A. was written, directed, and produced by Almudena Carracedo and was aired as part of PBS's Point of View documentary ... more on Wikipedia

Made in L.A. IS LISTED ON