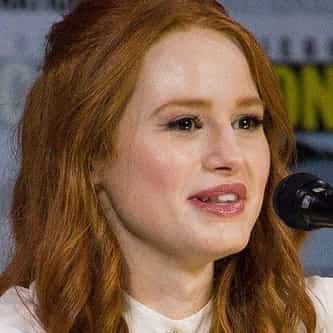 Madelaine Grobbelaar Petsch (born August 18, 1994) is an American actress. She is known for portraying Cheryl Blossom on The CW television series Riverdale. Petsch appeared in a national advertising campaign for Coca-Cola in 2014. In February 2016, Petsch was cast as Cheryl Blossom in The CW's Riverdale, having been pinned for the role since late 2015 after meeting the casting director, who was at the time working on Legends of Tomorrow. The series began filming in September of that year ... more on Wikipedia

Madelaine Petsch IS LISTED ON