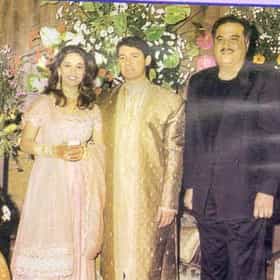 Madhuri Dixit (born 15 May 1967), also known by her married name Madhuri Dixit Nene, is an Indian actress, producer, and television personality. One of the most popular and highest-paid Hindi film actresses in the late 1980s, 1990s and early 2000s, she has been praised by critics for her acting and dancing skills. She is the recipient of numerous accolades, including six Filmfare Awards. In 2008, the Government of India awarded her with the Padma Shri, the fourth highest civilian honour of the country. After making her acting debut in the 1984 drama Abodh, Dixit had her first commercial success with the 1988 action romance Tezaab. She went on to establish herself as a leading actress ... more on Wikipedia

Madhuri Dixit is ranked on...

Madhuri Dixit is also found on...