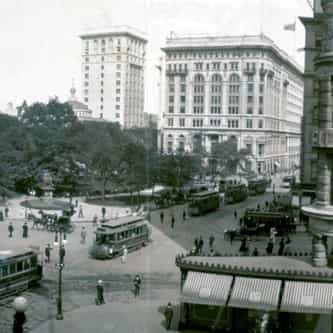 Madison Square is formed by the intersection of Fifth Avenue and Broadway at 23rd Street in the New York City borough of Manhattan. The square was named for James Madison, fourth President of the United States. The focus of the square is Madison Square Park, a 6.2-acre public park, which is bounded on the east by Madison Avenue; on the south by 23rd Street; on the north by 26th Street; and on the west by Fifth Avenue and Broadway as they cross. The park and the square are at the northern ... more on Wikipedia

Madison Square IS LISTED ON