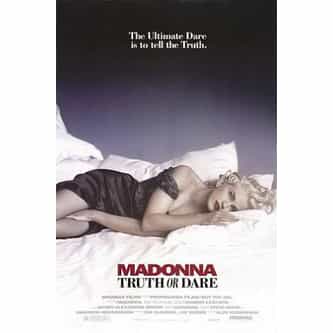 Madonna: Truth or Dare is a 1991 American documentary film chronicling the life of American singer-songwriter Madonna during her 1990 Blond Ambition World Tour. The film was generally well received by critics and was successful at the box office, at that point becoming the highest-grossing documentary of all time with a worldwide gross of $29,012,935. It was screened out of competition at the 1991 Cannes Film Festival. In 2005, Madonna produced another documentary I'm Going to Tell You a ... more on Wikipedia

Madonna: Truth or Dare IS LISTED ON