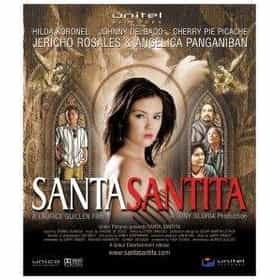 Santa Santita, or Magdalena, The Unholy Saint, is a 2004 Filipino film starring Angelica Panganiban and Jericho Rosales, directed by Laurice Guillen. The film follows Malen, the daughter of an intercessor, her love affair with a hustler and gigolo, and her confrontation of the evil within her life. Based on a script by Jerry Gracio, the film was picked up by Guillen in 2000 but did not start production because an appropriate actress for Malen could not be found. After picking Panganiban, Guillen began work, and the eventual film was released on November 17, 2004, in the Philippines and March 11, 2005, internationally. Receiving good reviews from Variety and the Philippine Daily ... more on Wikipedia

Magdalena, the Unholy Saint is ranked on...

Magdalena, the Unholy Saint is also found on...