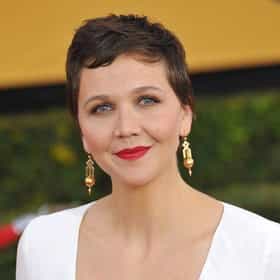 Margalit Ruth "Maggie" Gyllenhaal (; born November 16, 1977) is an American actress and producer. Part of the Gyllenhaal family, she is the daughter of filmmakers Stephen Gyllenhaal and Naomi Achs, and the older sister of actor Jake Gyllenhaal. She began her career as a teenager with small roles in several of her father's films, and appeared with her brother in the cult favorite Donnie Darko (2001). She received critical acclaim for her starring roles in the independent films Secretary (2002) and Sherrybaby (2006), earning Golden Globe nominations in the Comedy and Drama categories, respectively. In 2008, she received widespread recognition for playing Rachel Dawes in ... more on Wikipedia

Maggie Gyllenhaal is ranked on...

Maggie Gyllenhaal is also found on...