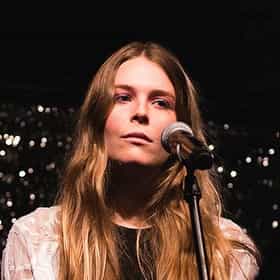 Margaret Debay Rogers is an American musician, singer-songwriter, and producer from Easton, Maryland. She rose to fame after her song "Alaska" was played to Pharrell Williams during a master class at New York University. Her songs "Alaska" and "Dog Years" placed numbers 64 and 173 on Triple J Hottest 100, 2016, respectively. Growing up in rural Maryland, Rogers began playing harp at age seven, and loved the music of Gustav Holst and Vivaldi. Her mother would play neo-soul artists such as Erykah Badu and Lauryn Hill. By the time she was in middle school, Rogers had added piano, guitar, and songwriting to her repertoire. In high school, she fell in love with ... more on Wikipedia

Maggie Rogers is ranked on...