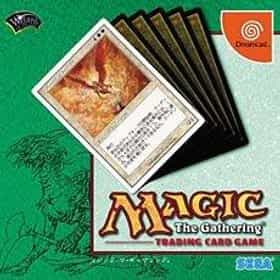 Magic: The Gathering is a computer game published by MicroProse in April 1997 based on the collectible card game Magic: The Gathering. It is often referred to as Shandalar after the plane of Shandalar, where the game takes place. The player must travel the land and fight random enemies to gain cards, and defeat five wizards representing the five colors. The player must prevent one color from gaining too much power, and defeat the planeswalker Arzakon, who has a deck of all five colors. Adventure game and role-playing game elements are present, including inventory, gold, towns, dungeons, random battles, and character progression in the form of new abilities and a higher life point ... more on Wikipedia

Magic: The Gathering is ranked on...

#332 of 534 The Most Addictive Video Games of All Time 363.5k VOTES The most addictive games of all time, ranked by the wisdom of the crowd. Anyone can add their video game addictions to this ...
#12 of 52 The Best Games to Stream on Twitch 13.2k VOTES Thanks to popular streamers on Twitch, streaming gameplay, or watching the streams of others, has enjoyed a boom over t...
#1 of 18 The Most Popular Card Video Games Right Now 3.4k VOTES Gamers everywhere, we're ranking the most popular collectible card games in 2020. Featuring both old and new games, this lis...

Magic: The Gathering is also found on...